I have recently introduced Piper to finger foods so that she can take part in feeding herself, which she loves to do. First we started out with the simple stuff, such as freeze dried yogurt bites and baby cheesy poofs, at least that's what I call them. Basically, snack items she could eat while enjoying juice and an episode of a Baby Einstein.  Last week I upped the ante and introduced more advanced items, such as Gerber Graduates carrots and apples for crawlers.  Wouldn't you know my little foodie took right to them without a second thought. 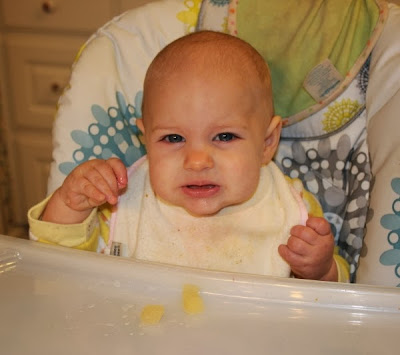 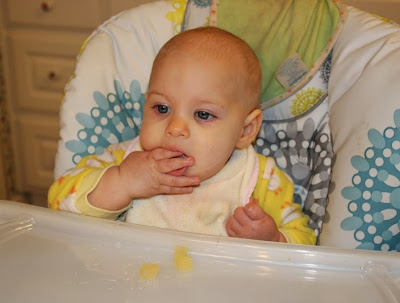 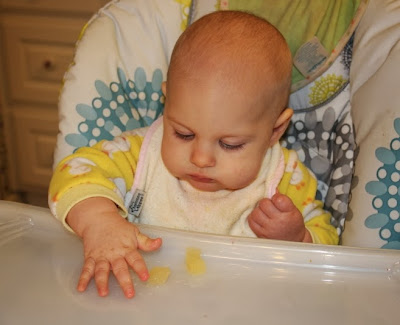 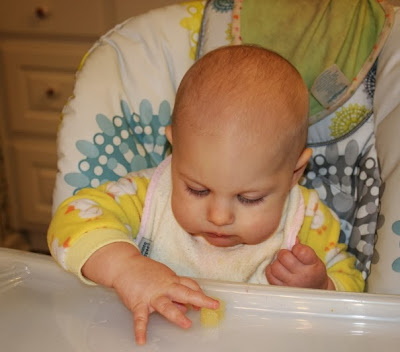 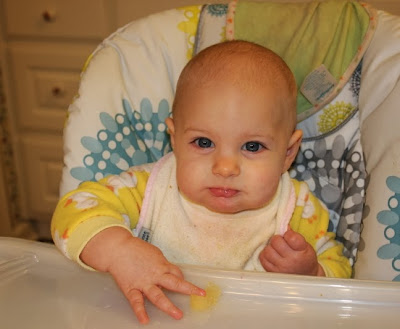 Piper is very much working on her pinching grasp as well as her independence.  She loves to be in control of her world at times, and is constantly pushing the limits as to what that means....such as deciding whether or not she wants to wear a hair bow as well as taking part in helping shovel food into her piehole.  I am quite pleasantly surprised and pleased with her fine motor skills and enjoy letting her take the reigns during meal times...I could say less for the hair bow control issues, but that's a whole other blog entry.


So, let's get back to these apples.  Although Piper adores applesauce, actual apple chunks are going to take some getting used to.  At first she was all about them, but then they seemed to turn a little more sour than she was accustomed to.  Also, as her little fingers learned to grasp and put food in her mouth, her mouth all of a sudden decided to not always cooperate on being where it needed to be to receive the food offerings.  In other words, girl needs to work on her concentration, aim, and hand-eye coordination.  While most of the apples did eventually reach their destination, some of them had to be retrieved by Mama and offered up a second time.  All in all, she did well for a beginner self-feeder.  She's been a whiz with the dry-goods food snacks, but the apples are a bit squishy and harder to hold onto...slippery little suckers!

Besides all the pics I took documenting her apple adventure, I also took a brief video.  Well, in all honesty it's just a little over five minutes long, but totally worth the watch.  Within it's frames are mouth-misses, sour apple faces, table banging, bye-bye waving, and a myriad of other fun baby-isms that I am glad I caught on video.  I will definitely cherish this video as she gets older, and hopefully she will appreciate later in life, too.

I hope she stays as enthusiastic about food as she is now when she gets a bit older.  I know a couple of mommies whose kids stopped eating once they reached somewhere around the 2-year-old mark.  I enjoy that she enjoys food.  I like to cook and discover new flavors, and food is a huge highlight of any travels I adventure on, so I hope she maintains her love of good eats so that I may teach her all about cooking, tasting, and cultural variations and differences via the well developed palate.  Of course, I don't want her to be too much of a foodie to the point the just becomes piggy and slovenly, just the right amount of enjoyment that warrants appreciation without gluttony...it can sometimes be a fine and dangerous line.

Okay, that's about all I had for this entry, just some pics and that adorable video.  I imagine Piper's forays into self feeding will provide an abundance of other capturable moments, so get ready because it's just beginning.  I'm sort of looking forward to the day when she learns to throw spaghetti!  For now though, until she finally cuts those upper teeth, this is as exotic as the food vids and pics may very well get.  I'm loving them! 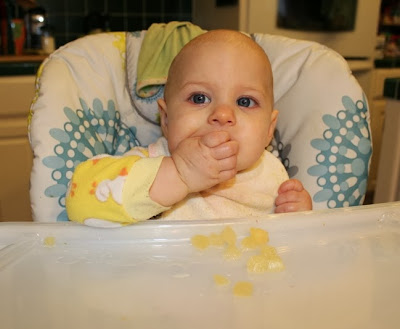 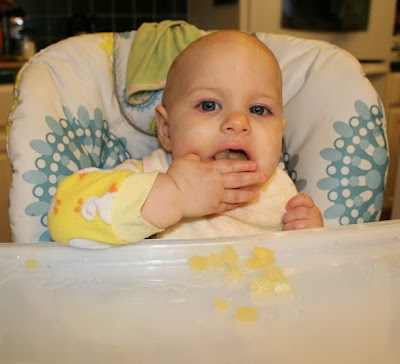 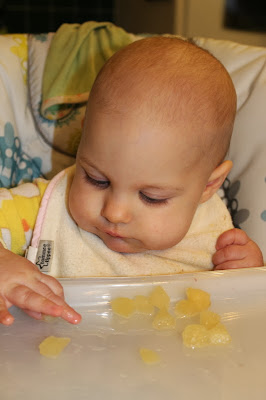 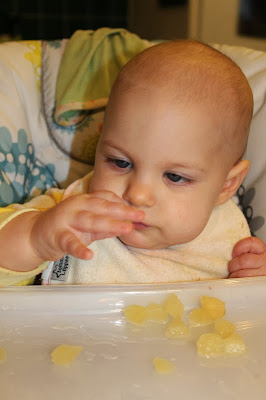 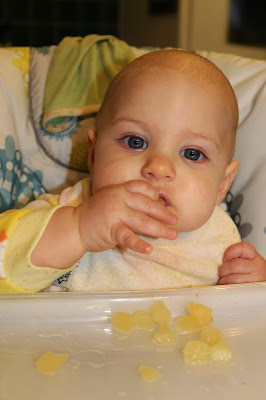 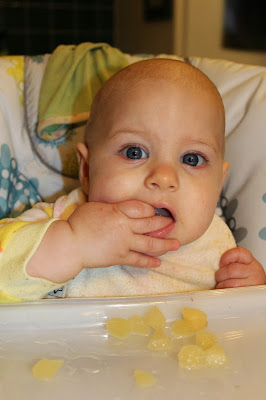 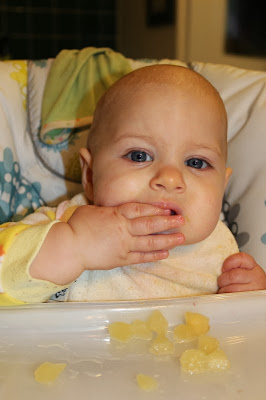 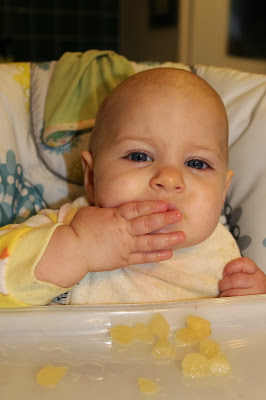 Please take a moment, if you would, and go vote for us over at Top Mommy and Top Baby blogs.  Just a couple of clicks and you're done, it's easy-peasy.  After that, check us out on our other social sites, Facebook being the daily action go-to page.  Until next time, enjoy your apples!

And here's some last shots to make your day brighter! 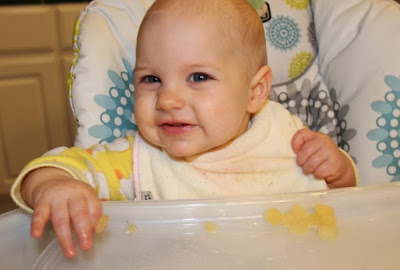